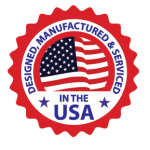 When NOAA was looking to augment their fleet of unmanned aircraft with a low-cost, air-deployed UAS able to sample kinematics and thermodynamics of the lower part of the boundary layer, they chose Black Swift’s S0 UAS. This aircraft is able to capture 3-dimensional wind measurements along with pressure, temperature, and humidity (PTH) measurements, sea surface temperature, and vehicle height from the water at lower altitudes. The Black Swift S0 is also rugged enough to enable sampling from the lowest and most dangerous regions of a tropical cyclone, a necessary capability as part of NOAA’s hurricane research initiative.

Critical to the success of the S0 UAS platform was Black Swift’s ability to reduce the complexity and weight of the aircraft compared with existing platforms, offering an order of magnitude decrease in cost while maintaining endurance without sacrificing performance and measurement quality. These characteristics proved equally valuable to the United States Air Force in their search for a tactical weather drone able to autonomously conduct atmospheric profiling supporting more accurate cargo drops and improved localized weather forecasts for Air Force and Special Operations Forces. While NOAA required a tube-launch aircraft, the USAF required a vertical takeoff and landing aircraft.

The engineers at Black Swift Technologies evaluated the existing S0 design and determined that, with minor alterations, the S0 could address all the requirements the Air Force sought. The resulting aircraft is the S0-VTOL, a small ruggedized UAS designed for vertical takeoffs and landings (VTOL), providing a high degree of flexible deployment options. The S0-VTOL is capable of carrying a variety of sensors designed for observing atmospheric thermodynamics, yet it could be modified to carry other sensor suites like those used for trace gas measurement, or lightweight EO/IR cameras.

An intelligent UAS designed for autonomous flights at altitudes up to 15,000 feet AGL, the S0-VTOL is able to operate in harsh weather conditions and perfect for commercial use in atmospheric monitoring. Its design enables rapid ascent and descent profiles and has custom wind estimation algorithms allowing the S0 to quickly and accurately capture 3-D wind profiles. Its intuitive user interface provides for automated sampling patterns and high-level mission scripting for “launch-and-forget” operations. 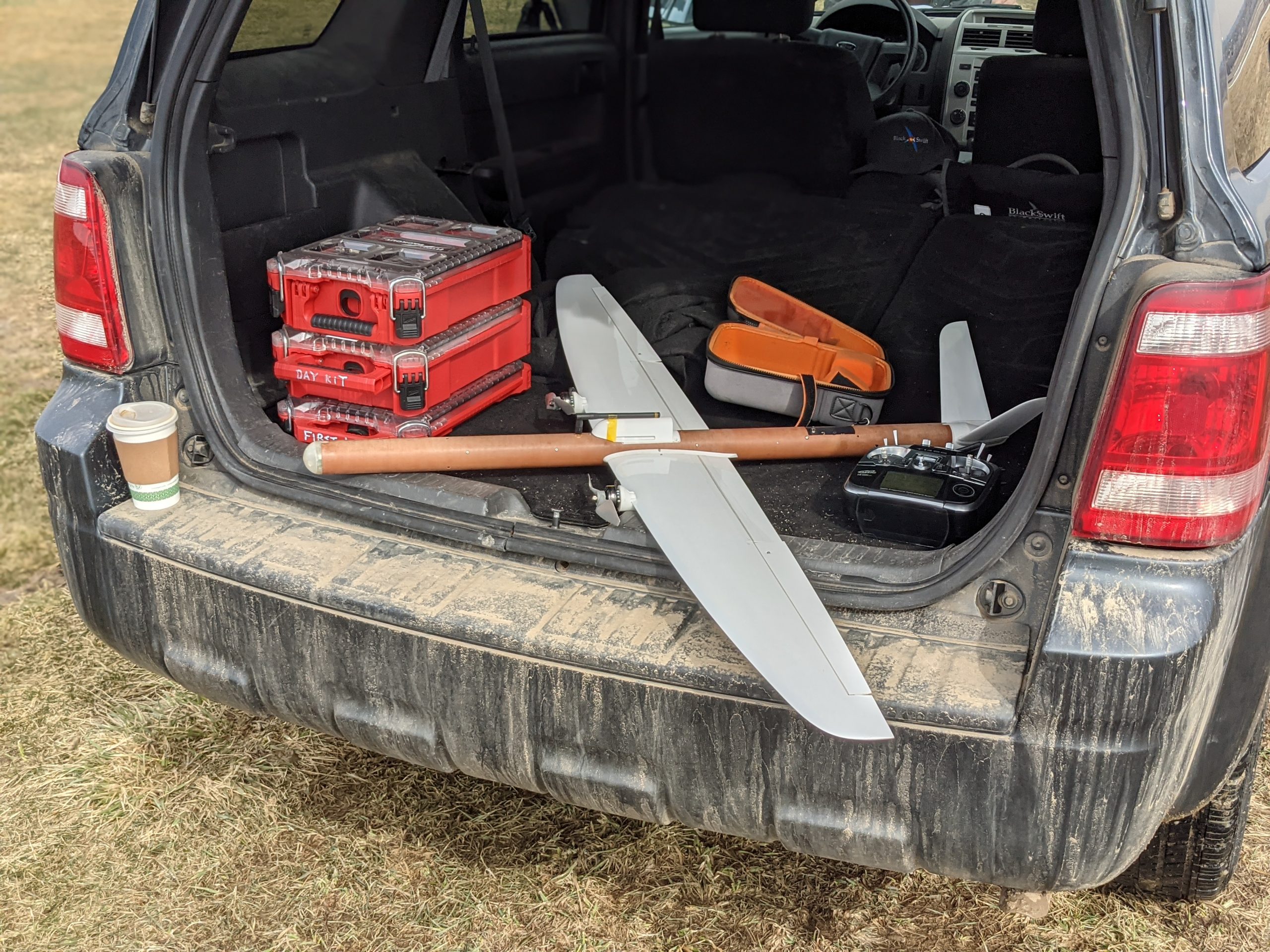 The Black Swift S0 VTOL is a small, ruggedized UAS engineered for high altitude (up to 15,000 ft. AGL) atmospheric profiling. Capable of completely autonomous flights, its unique design enables rapid ascents and descents allowing the S0 to quickly and accurately capture 3-dimensional wind profiles at various levels. With a flight duration of up to 90 minutes, the Black Swift S0 has the endurance and comprehensive sensor suite necessary to capture a profile of upper air parameters including air temperature, wind speed and direction, dew point, and atmospheric pressure, quickly and efficiently. 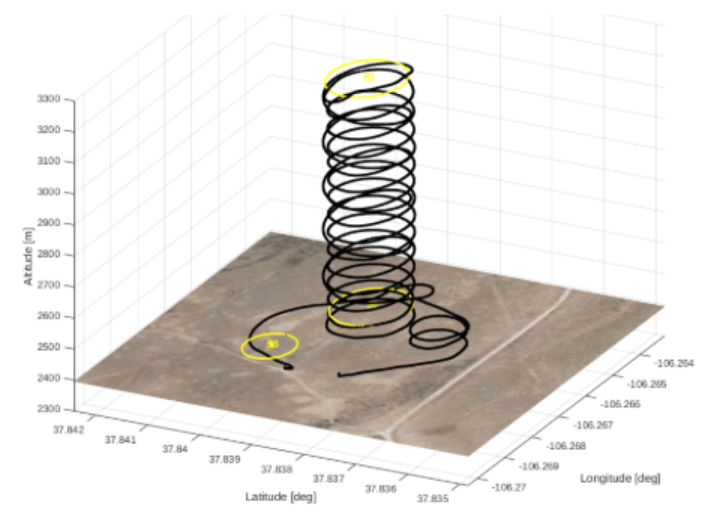 Example of the flight pattern the Black Swift S0 would fly to determine wind speed and direction, as well as other thermodynamic parameters at altitudes up to 15,000 ft. AGL.

The Black Swift S0 is a cost-effective aerial solution perfect for determining the thermodynamics of the atmosphere. Its modular design allows for rapid integration of new sensors and capabilities. This flexibility enables the S0’s functionality to expand to provide air quality monitoring and trace gas detection simply by switching out the sensor payloads. The S0’s automated sampling patterns and scripting allow for “launch-and-forget” operations.